Once known as Jekyll Island Club, a.k.a. the “Millionaires Club”, members prized the island for its “sense of splendid isolation,” beautiful landscape, and moderate climate. Jekyll Island, with its cottage colony and clubhouse, was viewed as a little paradise, where members and guests pursued “a life of elegant leisure.”

Few regions in the United States pack in as much culture, history, and natural beauty as the Golden Isles of Georgia. This fantastic part of the Georgia coast should not be rushed through by car. Rather it is best explored on bicycle, allowing you ample time to savor the unique southern hospitality, reflect upon their 300 years of fascinating history, and explore the myriad of wild beaches, barrier islands, and famous marshlands.

Club members included such notable figures as J.P. Morgan, Joseph Pulitzer, William K. Vanderbilt, and Marshall Field. They built their personal “retreats” for comfort and privacy. On Jekyll Island you have the opportunity to visit beautifully constructed and preserved cottages, churches and homes constructed in the late 1800’s – early 1900’s. Many of these homes were built by the best architects of the day. Each building has it’s own special history and place on the island.

With many other local sights and attractions nearby a multi day trip to Georgia’s Golden Isles is a gift to all the senses! 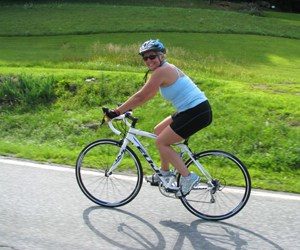